Becky Scott has always loved collecting words. But when she found herself remote working in an abandoned ‘80s office building, during Lockdown, she discovered an especially fitting descriptor. One that spiralled into an analogue photography project, capturing ‘the mood of the time’. For a suitably spooky Halloween piece, I spoke to Becky about kenopsia, Surrealism and the power of imagination during isolation.

Kenopsia (noun): The eerie atmosphere of a place that’s usually bustling with people but is now quiet. Derived from the Greek words kenosis “emptiness” and opsia “seeing”.

Please describe what kenopsia means to you?

It’s a really distinct feeling and it feels particularly pertinent to Lockdown. It’s a forlorn feeling. A mood or a feeling that you get from a particular atmosphere. Almost visualising the presences that would have been there in the past.

If you imagine a cowboy ghost town from old films, the sound of an old sign creaking, tumbleweed rolling across the street… It feels like that.

There’s something about kenopsia which is darkly beautiful. It’s not a happy or joyous sentiment, being abandoned and eerie, but it’s intriguing. It’s darkly beautiful- like Russian literature.

How did you discover the word?

I love finding out new words. Words that evoke a particular feeling, for example, ‘The Positive Lexicography Project’ catalogues foreign terms for happiness that have no direct English translation.

And the abandoned office that features in your photographs, what was that like?

It had its hay-day in the ‘80s but my dad still has access and often works there. I started joining him to avoid cabin fever mid-way through Lockdown. It’s an unattractive building. There’s a falcon living on top of it and there are remnants of its prey scattered around the building…

It’s such a bizarre place, as though it’s been left in a hurry. There are even old party plates just left in one of the meeting rooms.

Why did you start taking photos there?

I had lots of time to absorb the environment; old telephones; monitors; filing cabinets; a photo album from the ’40s and ’50s. And having so little human contact and stimulation over Lockdown meant finding sources of stimulation in my own imagination. I found imagination particularly possible in that office environment. It was oddly easy to see a pair of chairs talking to each other. That sounds completely mad but this sort of thing does happen when there is a societal crisis or when people are in isolation or solitary confinement.

We tell ourselves stories in order to live.

We had so much time to think in Lockdown that our imagination went haywire. I thought, ‘it’s it’s comedic that I can’t socialise with people so I’m personifying objects.’ It highlights the mood of the time.

People use imagination to live through narratives in their minds; staying sane through imagination. After WW1 that’s when the Surrealist movement arose; in response to a crisis, the imagination can do strange things.  I really like the thought-provoking nature of Surrealism… Random objects in unusual situations… with a dream-like quality. I’m inspired by photographers like Dora Maar.

Kenopsia was captured by the environment I was working in, in this extreme way. A step further, from the eerily empty streets during the national lockdown. I was walking into this time capsule that has once been a really bustling building. 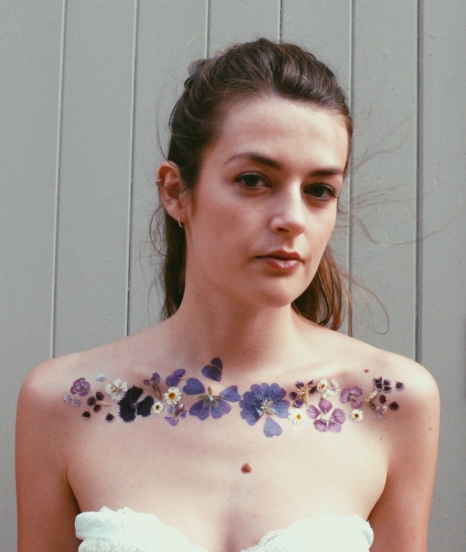